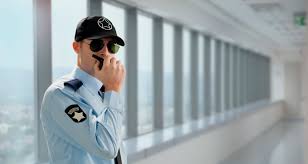 Most businesses will have CCTV cameras set up. You may even have a burglar alarm installed. However, this hasn’t always prevented burglaries in Leeds, as the city remains to be one of the UK’s top 20 hotspots. According to a government review in 2011, the city of Leeds had the third highest burglary rate in the country. Installing CCTV cameras have not deterred burglars in Leeds as much as in other cities, and crime here is still prevalent. The only sure way to stop theft is to employ a security guard to stop a burglar in the act.

On site Vs. Off site

Many businesses often link their CCTV system to be monitored in a centralised office, and they think that’s enough. But this doesn’t prevent burglaries, and oftentimes the response rates of the guards or police is too slow, or the burglaries go undetected. The best way to protect your business is to employ a security guard, or team of guards, to protect your building on site. Fortunately, there are several companies providing on site security in Leeds. The question is: Which one?

When choosing a security firm to provide guards, the best advice is always to choose a company based locally. You’ll be given a better customer service, and more attention to detail than a nationwide firm. You’ll probably save money too, as you won’t have to pay extra costs that are associated with maintaining a well-known brand name. There are several options of security companies based locally in Leeds, so the next step is choosing the right one.

After searching through a list of potential security agencies to provide you with staff, you can then start enquiring about their background. Does the company have a strong local presence? Are current and previous clients satisfied with their services? You can ask the security company to provide you with a list of clients, and then you may contact them to ask if they are happy and would recommend the company. Any decent security agency should be able to easily provide you with a list of their clients to check. You can also search on Google for any known complaints, which will easily come up in a search.

Leeds is a well-known burglary hotspot. Despite efforts from the Police to prevent burglaries, this type of crime is still very prevalent throughout the city. If you are a business owner then hiring some security guards is a smart move. You can contact a local firm that specialises in on site security guards. Ask for their background and see if they have a strong presence in the area. You can check client references and make a general assessment of their reputation. If you want to stop an occurrence of burglary at your business, then hiring a guard on site is your best move.