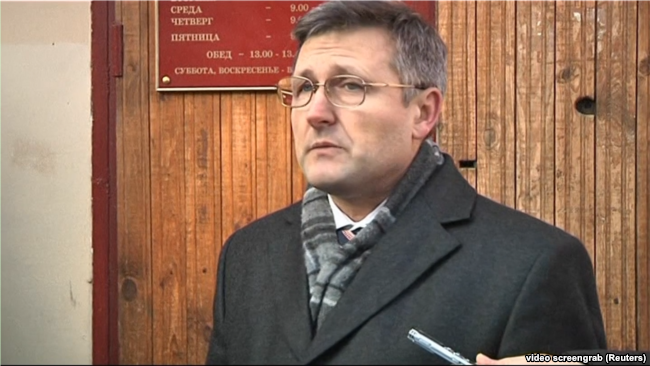 Nikolai Gorokhov, a Russian lawyer, was supposed to appear in court as a key witness in a tax fraud lawsuit against a business corporation. Instead, he is in a Moscow hospital, fighting to recover from a fall from his apartment. He was helping the construction workers lifting a bathtub into his home when he fell four stories and sustained serious head injuries. He was evacuated to a hospital by a helicopter. There is a report that the fall occurred because a winch that helped the crane carrying the bathtub broke although the details surrounding this accident are murky.

Gorokhov’s accident is newsworthy because of his future testimony. As a result, there are speculations that the fall may not have been an accident; rather, it was deliberately done to prevent him from testifying in court and Russian government officials may have been involved. According to one theory that seems to be popular, he was thrown from his apartment building although there is no clear answer as to how that could have happened or who would commit this act.

In order to understand why there are speculations surrounding the lawyer’s fall, it is important to learn about his involvement with the Prevezon case and the Magnitsky case. Former Department of Justice attorney, Preet Bharara, officially filed a lawsuit against Prevezon Holding, the Cypress-based company, in 2013. According to the lawsuit, a Russian criminal organization defrauded the taxpayers out of approximately 5.4 billion rubles ($230 million U.S) through a tax refund fraud scheme. Just think for a minute about what you could do with that kind of money, it’s truly an astronomical amount and one that it’s amazing to believe took that long to track down. They used Prevezon to store the stolen money in Manhattan real estate, and the case is still ongoing.

Gorokhov also represents the family of an imprisoned whistleblower who died while waiting for his trial. In 2007, the Russian government accused Hermitage Holding, an investment fund company, of tax evasion even though the company believed it paid more than they were required. William Browder, the CEO of Hermitage, hired Sergei Magnitsky to investigate the allegations and the investigation confirmed the company’s denial in committing the crime and uncovered a network of police, judges, and corporate owners who committed the tax fraud. When Magnitsky accused the officials of the crime, the government did not accept his findings and instead he was arrested in 2008 and died a year later. He was convicted of the crime posthumously, and although the official coroner’s report stated that he died of natural causes, his family believed he died as a result of torture and the lack of medical treatment that he would have needed to survive. Gorokhov represented his family since 2011 and was to present new evidence proving the lawyer did not die of natural causes and that there was a cover-up surrounding his death.

Miraculously, Gorokhov survived the fall and he is now out of the ICU. He suffered no paralysis or neurological damage, but he has not recovered well enough to be released from the hospital. An anonymous Russian law enforcement officer reported that there is no evidence of a criminal element in the incident, implying that the fall was just an accident and if so Magnitsky should read up on personal injury law. Whether he will be able to testify even after the fall is yet to be determined, but either way I’d expect to see much more legal pursuit stemming from this case in the near future.